Let me start from the end. As some of you will remember, the main problem with the original Western release of Dragon Quest XI came out of an unexpected corner: instead of an English translation, we got a mediocre adaptation. And the most annoying thing is that one could only guess about the level of damage.

The Switch version brought full Japanese voice acting. And one could hope that when she was chosen, at least the original names of the characters would be returned. But no, we are greeted only by a modest sign, notifying that when changing the language, there may be inconsistencies in the translation. And oh, how they are observed. One can only envy the talent of the translators, who took the original phrases with amazing dexterity, distorted them beyond recognition, but at the same time, for the most part, retained their meaning. Yes, almost all characters and locations have been renamed. Dialogues are overloaded with hard-to-understand accents and de-escalating colloquial styles. Entire sentences of filler chatter shove here and there. The terminology has been reworked and complicated (seriously, why use the language-breaking Luminaria instead of the understandable “Hero”?). But at the same time, the essence of almost all conversations is conveyed correctly. Think about it: is it a success or a failure?

But those are the unpleasant little things in life. Much more important is another question: how much has the game changed over the year since its release on PS4? Answer: at first glance, not much, but in fact, improvements are made to a wagon and a small cart.

On the surface, we have the fact that now the Hero’s active detachment runs in single file outside the cities and pack animals, and you can immediately chat with everyone without having to get into the menu. The music received orchestral processing, but whether you like it more than the old synthesized one is purely a matter of taste. There are new quests, characters, pack animals and a whole game mode, which may well serve as an extra reason for replaying those who managed to appreciate the original. The traveling forge can now be obtained outside of battles at any time, and then you can buy the missing resources in it. Improved work with character upgrade points. There are many, many other big and small additions and improvements to life. But the most important thing is that we actually have two games in front of us. 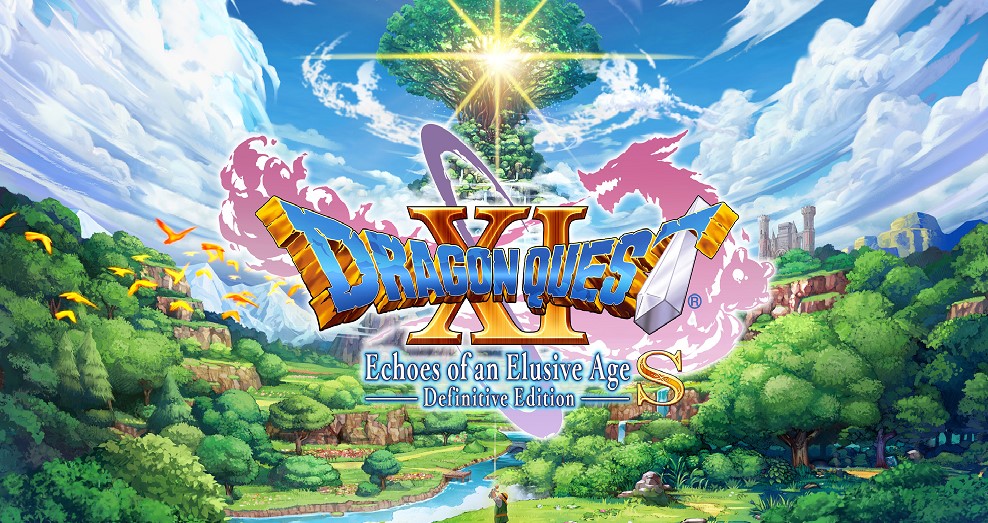 There is already a familiar “classic” Dragon Quest XI with a bright visual style, due to which the picture is not much inferior to versions from more powerful platforms. Yes, the game is full of minor improvements, but it’s still the same turn-based jRPG with the same interesting battles, albeit sometimes very exhausting due to the democratic use of game mechanics for both player characters and opponents. But in addition to it, there is Dragon Quest XI with 2D gameplay of the classic games in the series. With random skirmishes with invisible opponents on the map. With the need to distribute commands in battle to all characters immediately at the beginning of the round, and not at the moment of transition to them. With their own unique monsters. With a nostalgic atmosphere, when half of the spectacle is created not by the efforts of designers and directors of screensavers, but by the imagination of the player.

But that’s just a separate game. More specifically, a port of the 2D mode from the Nintendo 3DS version. Yes, Dragon Quest XI allows you to change the game style from 3D to 2D and back at any save point. However, the transition can only be made at fixed plot points, and all progress to the place of the last save will have to be repeated, even if all items and level of pumping are transferred in the process.

On the one hand, it is quite clear what this limitation is connected with: the versions differ too radically, their approach to the implementation of work with the map and the environment is too different. And this approach to the modes can be quite perceived as a kind of New Game Plus with the ability to choose a starting point. But from that, from a purely consumer point of view, it does not become less offensive. The 3D version of DQ has been extremely battery-hungry on the Switch in handheld mode, and the ability to switch to 2D to conserve battery life would be a very useful feature. But not fate.

In general, Dragon Quest XI S is, without a doubt, the ultimate version of the game, in which the developers obviously listened to the feedback of the players (well, the Japanese ones for sure). Numerous improvements elevate the already excellent jRPG to the ranks of one of the best games of recent years. And if you missed last year’s release or want an extra reason to replay it (as if you needed one), then the Switch version definitely deserves your attention.

Sherlock Holmes: Chapter One on PC (Latest Version)
To Top
We use cookies on our website to give you the most relevant experience by remembering your preferences and repeat visits. By clicking “Accept All”, you consent to the use of ALL the cookies. However, you may visit "Cookie Settings" to provide a controlled consent.
Cookie SettingsAccept All
Manage consent