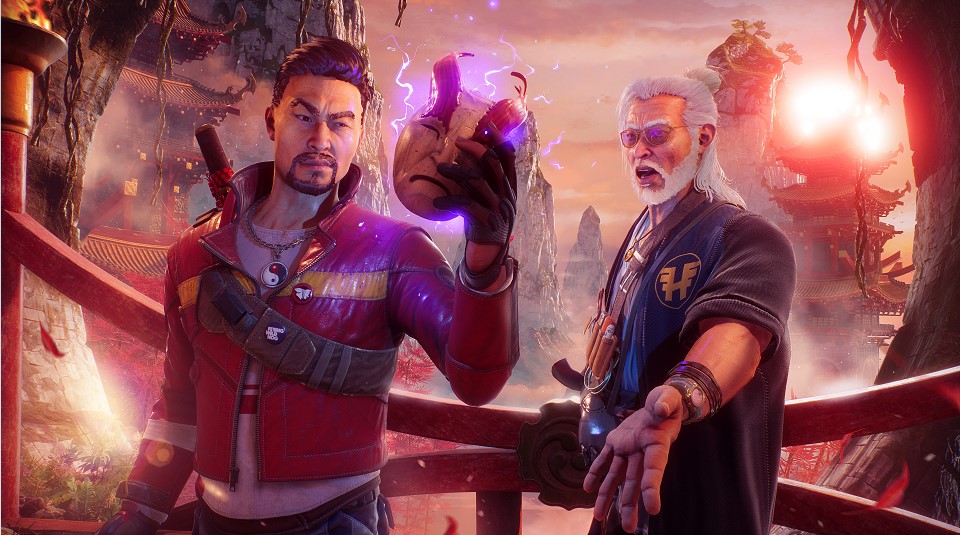 Who would have thought that a remake of the not-too-popular 3D Realms game from 1997 would be so much better and brighter than the original. The remake even managed to give birth to a series that is true to its foundations and does not try to become something else – there is still no open world, no multiplayer, and the single player lasts just long enough not to get tired of it – 6-7 hours. It’s even strange to see such a fossil on the shelves, but it’s still immensely pleasant.

At the same time, the fact that the authors observe traditions does not mean at all that they did not peep everything they could from more eminent competitors. Shadow Warrior 3, while retaining Asian flavor and humor, has turned into Doom Eternal, which means that it will definitely not suit everyone. There’s healing with ranged kills, ammo gathering with melee kills, savory finishers, ammo shortages all over the place, and a grappling hook for parkour. The demons are in shock, Doomguy is in shock, the player is in shock, but… Shadow Warrior 3 has a completely different dynamic. There is almost no quiet moment here – you either fly in the sky, run along the walls or slide along the gutters, or shoot back, while the authors alternate this much more often than their colleagues from id Software. Even level designers don’t hide secrets too deep to keep up the pace. Even the problem of Doom Eternal with a constant lack of ammunition is solved by a banal pumping of guns and a character. Already by the middle of the game, you can relax and shoot, and not run to the monsters to cut them.

It is not this that is debatable here, but the weapons. The basic one is as banal as possible: a revolver, a shotgun, a “rail”, a grenade launcher, paired machine guns, a crossbow-saw-gun and a katana. And the game also has a finishing mechanic, after which the player gets something much more interesting, depending on the type of monster being destroyed. For example, when killing a bayan (or accordion) demon, a gun firing fireworks falls out of it. Other monsters drop Killer Hand Eye, Laser Disco Ball, Penetrator Drill, Sledgehammer, Dual Miniguns, Ice Grenades, and Automatic Slow-Mo Swords. These items have infinite ammo, but work temporarily. They are a hundred times more fun than the basic weapons and much more entertaining. Only, alas, it will not work to finish it all the time. To roll back such an ability, you need to properly kill enemies. Conclusion: 95% of the time you shoot boring guns for the sake of to enjoy a moment of something unique. Wrong and extremely offensive balance.

The second problem is variety. There are very few types of opponents in the game: there are barely a dozen types of ordinary ones, and there are two bosses at all. Even the traditional killer rabbit, which comes out to take revenge after the death of several forest brothers, the authors did not give uniqueness – this is just a basic troll opponent, only with rabbit ears. It’s completely lazy.

The third, slightly less tangible problem is music. Indistinct Asian howls do not create the right atmosphere. They are worse than the secondary ambient here and are forgotten in a moment. If you are already copying Doom Eternal, then your soundtrack must be no worse than Mick Gordon’s, otherwise you will remain among Chinese fakes.

The last problem is the main character. The plot in this game seemed to be handled by two teams. The first bent the line of Shadow Warrior 2, turning the hero into a completely fool, running around in his underpants and chatting with an imaginary dead friend. The second came after, kicked out the previous team and continued the story as it should. Her demon friend becomes unimaginable, and with it the character of the GG from the first Shadow Warrior returns – an eccentric and cheerful professional, less infantile and more adequate than in the sequel. Here, in general, there is a clear attempt to move away from the second game, returning everything to what it was at the beginning. The attempt is commendable, but because of it, the authors did not get a solid hero, only stumps of his character.

What the authors definitely succeeded in was a bloody dismemberment. Shooting at a monster, the player can literally look at his inner world, because the demons after the shelling become an open book with bloody pages. Moreover, this does not bother them at all, and the battle continues until the amount of blood and intestines on the floor becomes more than in the monster itself. Perfect rest after a hard day at work.

So if carnage and jokes about pop culture and farts are your thing, then Shadow Warrior 3 will be the perfect pastime for you for a couple of evenings. It might be missing a lot, but the game has always been a bit on its own. That is why it is unique.