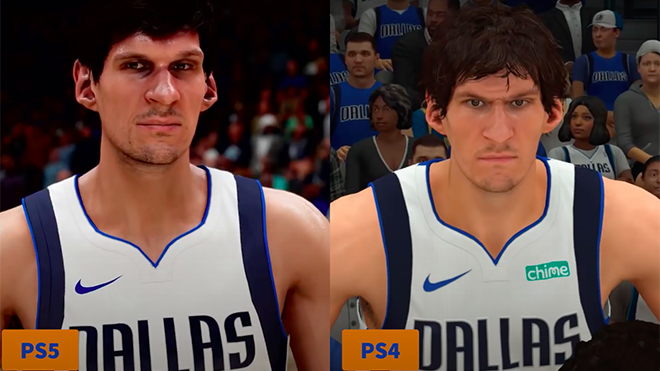 The power of the game console was revealed shortly before the PlayStation 5 console was released for sale. The NBA 2K21 game faced off on PS5 and PS4 consoles .

When looking at the comparison, it is seen that the graphics on the PlayStation 5 are much more successful than the graphics on the PS4. PlayStation 5, which makes a difference especially in lighting, contributes to the appearance of the players’ faces in NBA2K21 to look more detailed and more realistic. When the shared video is watched, the difference between the new game console and the previous game console is clearly visible. When we look at the faces of the players in the game, we see that progress has been made.

What kind of features does PlayStation 5 offer?
The console, which contains an eight-core AMD Zen 2 processor and 16 GB of RAM, also has a Wi-Fi 6 port. The console also has an SSD storage solution. According to Sony, PS4 has a preload time of 20 seconds for 1 GB size, while loading time for 2 GB of data on PlayStation 5 is 0.27 seconds. Console in Turkey in November is expected to be offered for sale. The digital version of the game console costs $ 399 and the disc version costs $ 499 . When Turkey’s console sales price has not yet been announced, it will be offered for sale at high prices already announced price söyleyebiliriz.konsol of Turkey will share with you. In the meantime, the foreign prices of the games that will be sold with the console are 80 euros.it will be.