The Codemasters studio is known to every gamer who has a little fondness for burning tires on the virtual tracks of the TOCA, Colin McRae Rally, GRID and Micro Machines series. Eleven years ago, a British studio won the video game rights under a Formula 1 Championship license. A new era has begun.

Over the years, in the hands of skilled developers, the series has gradually evolved. A full-fledged career mode appeared, in which a gamer from a beginner with no name or address became a superstar of this insanely expensive sport. In Formula 1, the stakes are incredibly high: maintaining a racing team costs hundreds of millions of dollars every year, every accident is a loss, and sponsors await results. Without waiting, they leave. We will remember this year as the time when the coronavirus severely shook the economy around the world, and the royal races are no exception. Most of the stages were simply canceled, the teams suffer colossal losses, but the first race after the pause gave a storm of emotions. It is all the more ironic that it was in F1 2020 that the developers once again reached a new level and added the MyTeam mode to the game. The player can create his own team, lead and develop it. Now you have to worry not only about the personal result of your rider, but also take care of long-term goals.

However, everything new is well forgotten old. MyTeam is a slightly upgraded career mode from the past. The season begins with a news feed: this year a new team – yours – is taking part in the championship. We create a protagonist for ourselves (a wide range of avatars is available), choose the name for the team, the logo and the color of the car. Further – the choice of a sponsor, the technical base of the car and a teammate. All acquisitions cost money, so it is worth choosing a title sponsor wisely. The more money an investor offers at the beginning and further in the course of the season, the more results will be expected in return. I immediately chose everything to the maximum and during several stages of the season I had absolutely no problems at all, so the function is most likely formal.

Veterans of the series will be familiar with everything here: tactics for the race, pumping a car in exchange for points received from test races. New is the ability to invest in individual team structures and the need to answer at press conferences not only for oneself, but for the entire team as a whole. As a result, Codemasters got a kind of test of the pen with the MyTeam mode, which in future releases may grow into something truly monumental and important. In the meantime, a modified and slightly supplemented seasons mode from the previous parts. 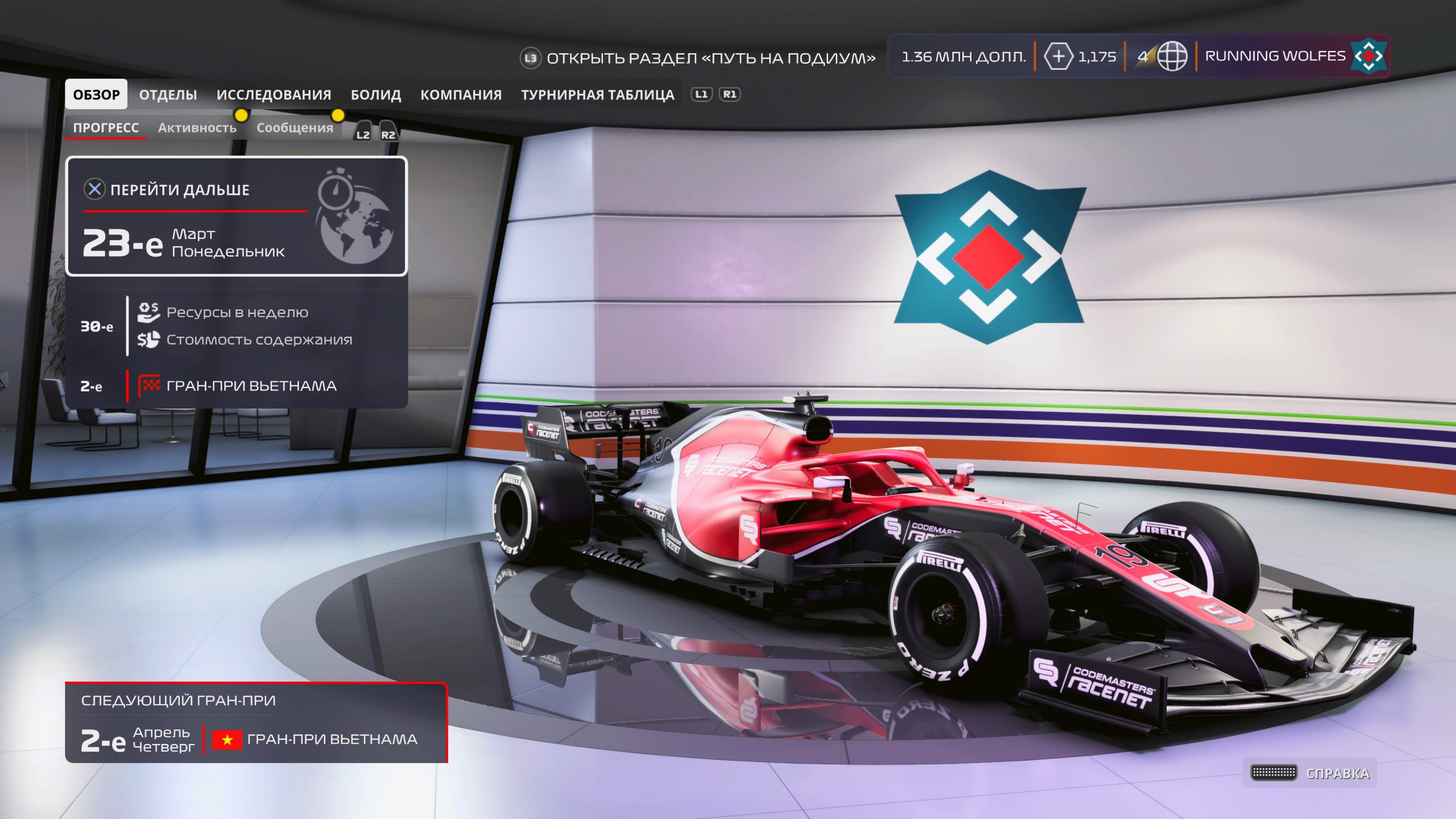 However, to hell with all these nuances, F1 2020, like its predecessors, is a game about sensations, speed and excitement in the race. I dived into the car’s settings again to find the optimal mix of differentials, power and downforce, find the right pace, and finally just get comfortable on the track. A variety of settings works in an amazing way: I tweaked the indicators, changed the numbers and this is a completely different machine. In the Formula 1 championship, there are several very capricious and difficult tracks: the Vietnamese Hanoi, the Azerbaijani Baku and the city track in Monte Carlo. You will have to sweat with them, the tracks here are very narrow and each race turns not only into a race against time, but into a cat and mouse with death. The slightest mistake and the race ends ingloriously in the nearest bump stop. Here, trusting your instincts will be little and therefore fine-tuning is very important. For example, in each of these tracks there is a narrow turn immediately after the high-speed long straight and then another one in the other direction. If the car is not sensitive enough to steering movements, you will not be able to pass such a chicane properly.

On a feel level, F1 2020 is as good as last year. Codemasters have tweaked the vibrations, and now the controller’s response to the road surface is perhaps better than anywhere else. I can’t wait to see how the developers make adaptive triggers work in the upcoming PlayStation 5 installment.

The same situation is with graphics and sound. F1 2020 looks and sounds according to its time, some new heights in this matter should be expected from the series in the new generation. And not in 2021, but at least two or three years later, when the developers finally figure out the capabilities of the nextgen and squeeze the maximum out of it. 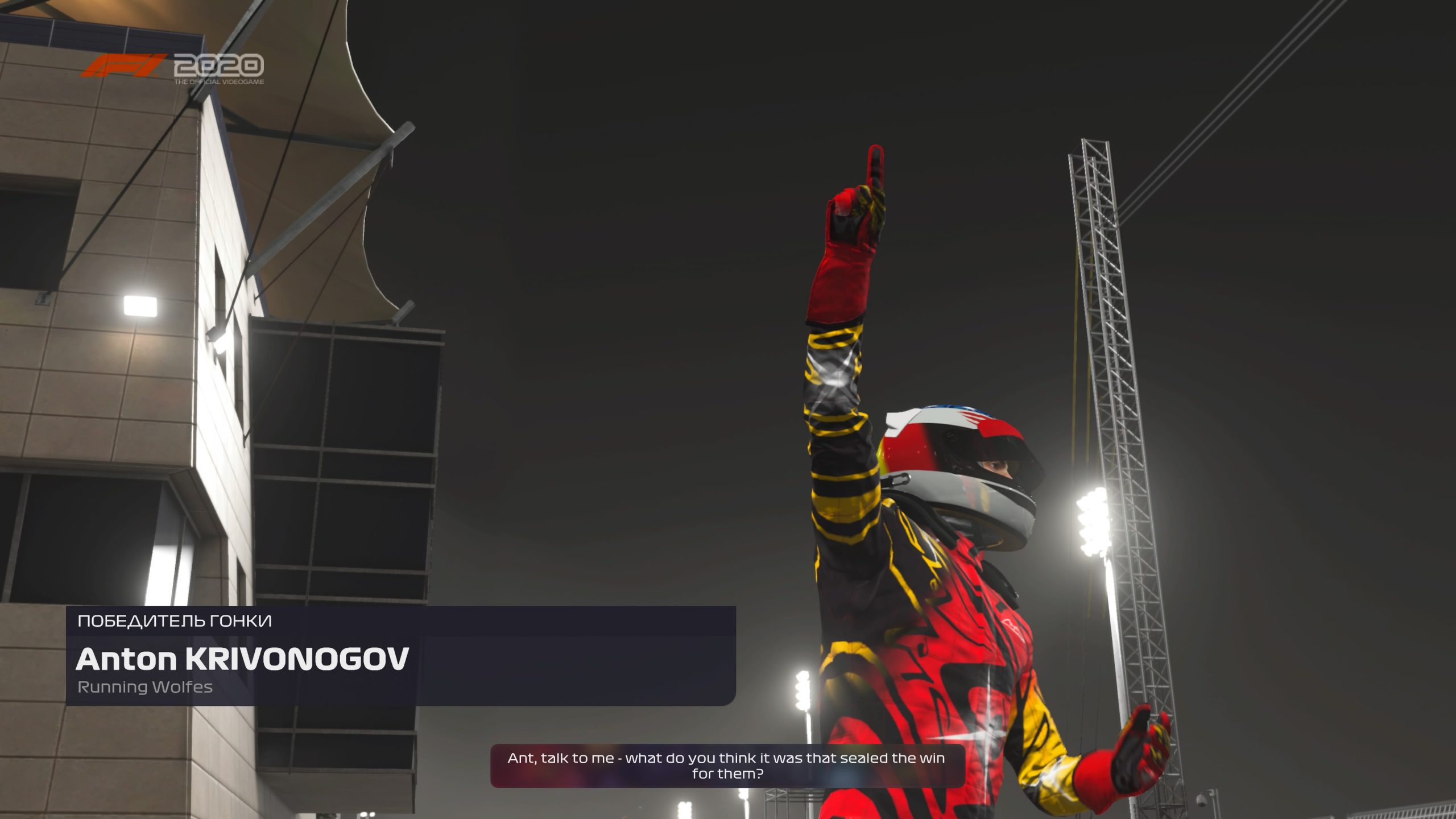 This series has a characteristic tradition: each new issue is dedicated to some famous racers. In 2019, the stars were Airton Senna & Alain Prost, now it’s Michael Schumacher’s turn. Buyers of the F1 2020 Deluxe Edition will have access to five classic cars that the Red Baron has driven at various times.

F1 2020 is true to the traditions of the old school and invites you to plunge into nostalgia. Moreover, it motivates the player to try the historical racing mode, instead offering a quick and easy trophy. For example, for the track at Silverstone, covered in a classic 1992 car. All of them sound and operate a little differently in this their buzz, especially for those who watched the Formula 1 championships with interest ten, twenty and thirty years ago. 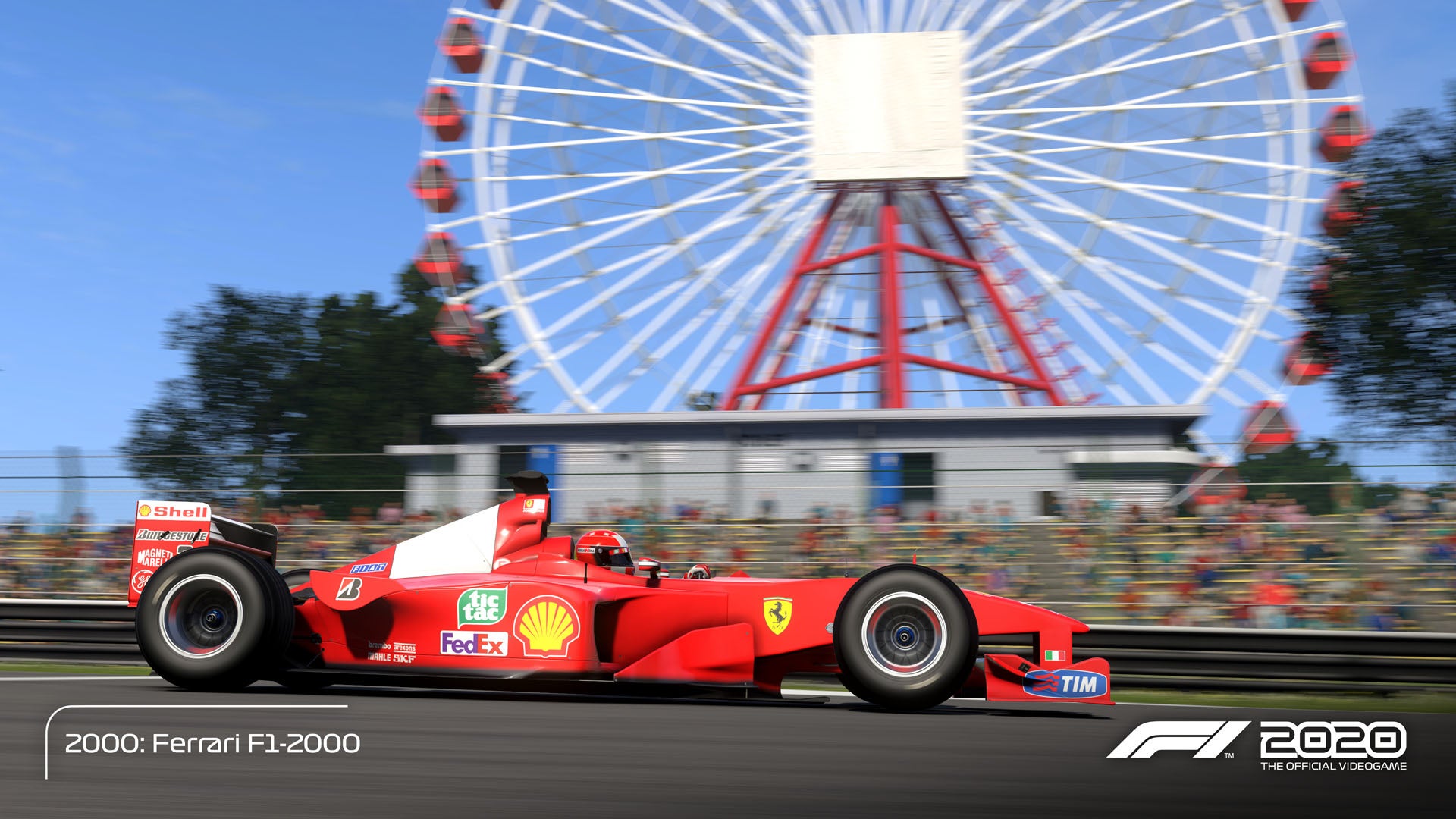 Surprisingly, the lack of competition is good for the F1 series. Well, or at least does not interfere with its development at all. In 2017, the game received a noticeable boost in performance, graphics, physics and sound. Since then, each subsequent release brings every aspect to mind, gradually improving what is already there. With regard to F1 2020, I would like to complain about the insufficiently deep study of the MyTeam mode, which seemed to be a key feature of the game, but turned out to be just a promising add-on to the career mode. In any case, Codemasters has laid a good foundation for the future and it would be foolish to ask more from the studio on the verge of a generational change.

I’ve played every episode of the F1 series over the past few years, and it’s the enduring enjoyment of fast chicanes, adrenaline-pumping overtakes and the incredible sense of satisfaction that the game gives you a split second ahead of your opponent. F1 2020 is worth paying attention to for at least two reasons. It is good, like the three previous releases, and besides that, nothing better in this generation of consoles will definitely not be. Royal races rightfully hold their title.

Break the Bones: Tony Hawk’s Pro Skater 1 + 2 Review
Days Gone review
To Top
We use cookies on our website to give you the most relevant experience by remembering your preferences and repeat visits. By clicking “Accept All”, you consent to the use of ALL the cookies. However, you may visit "Cookie Settings" to provide a controlled consent.
Cookie SettingsAccept All
Manage consent