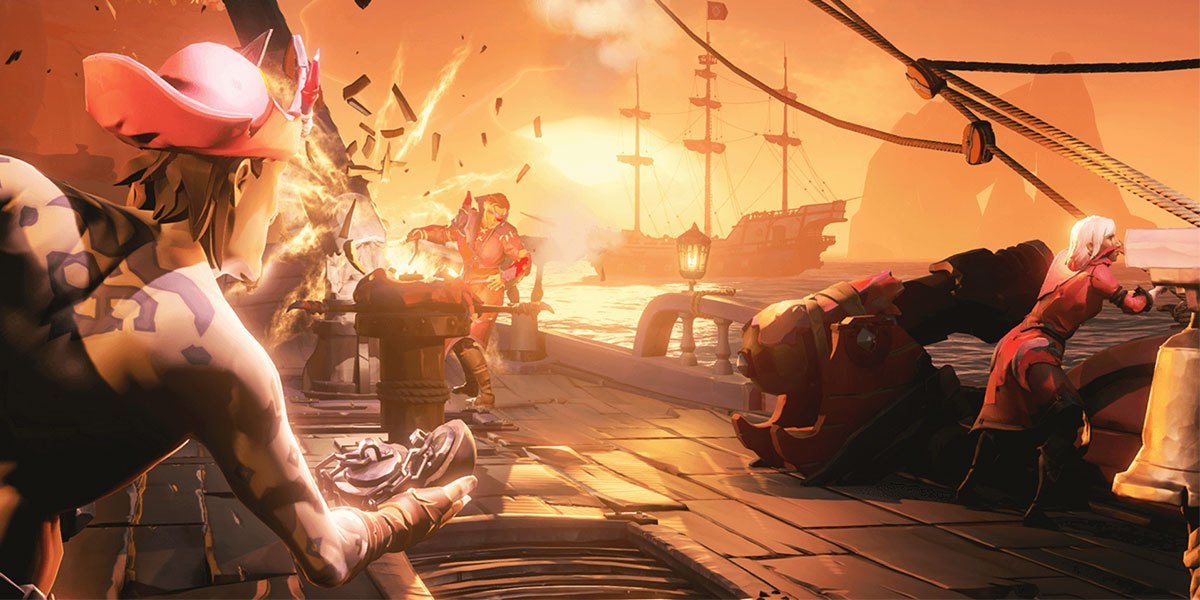 Plowing and robbing ships in the Sea of ​​Thieves required special skills. Use these effective tips if you want to be successful.

The pirate world is known to be quite violent and contains bad people who are ready to rob or kill us at any time. There is no friendship in the world of pirates, other than crew members. Sea of ​​Thieves is a pirate-themed game that features PvP elements, even though we play in Adventure mode .

ALSO READ: Guide and Tips for Autumn in Story of Seasons: Friends of Mineral Town

So make sure to always be vigilant when you are hunting for treasure, because who knows if there are other pirates who are already lurking around us and ready to rob when you are off guard. Robbing and hijacking ships in the Sea of ​​Thieves is not really an easy thing, because to be able to sink enemy ships and board their ships requires a special trick.

On this occasion, Gimbot will share tips on how to hijack and rob ships in the efficient Sea of Thieves . 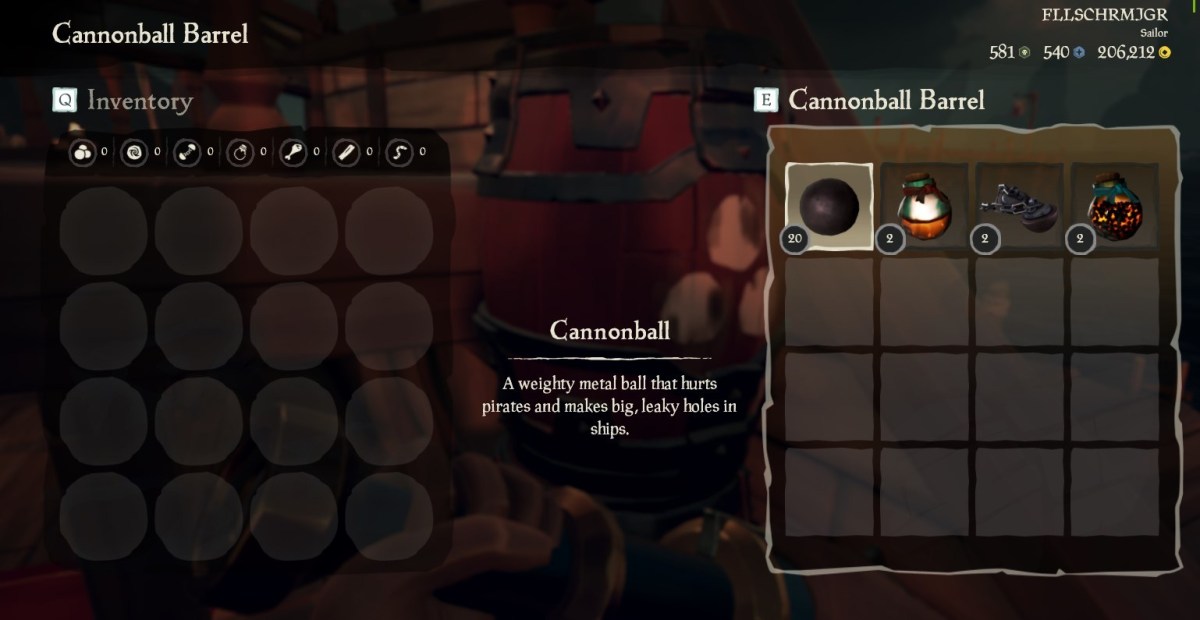 The first thing you need to pay attention to before hijacking an enemy ship is to make sure we have enough rations. This ration includes canon ammunition to shoot enemy ships, food to replenish HP when fighting occurs, and wood to repair ships with holes.

You can collect this equipment the first time you go online by checking every Barrel in the Outpost . 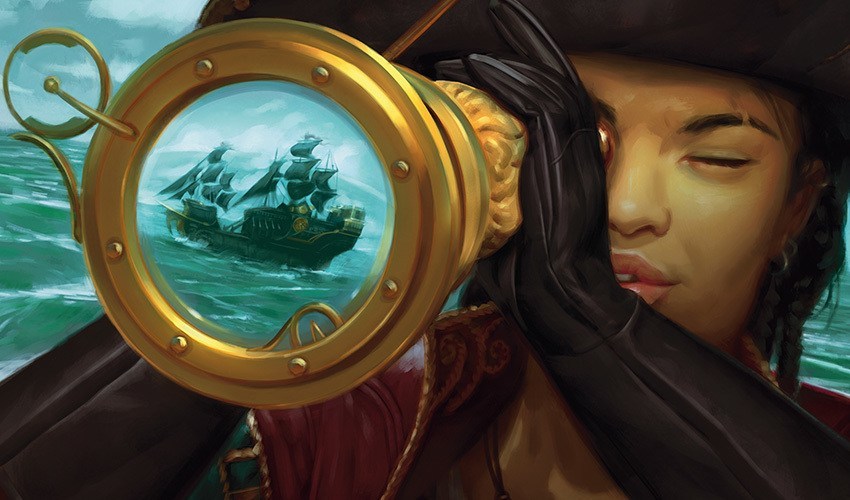 Before carrying out an attack, monitor the movement of enemy ships using the Spyglass and learn their direction of movement. No need to rush to get close and shoot blindly! It will be easier to attack a ship that is stopping on the island or the Outpost .

Always try to check whether the target carries the Gunpowder Barrel or not (usually most players will put it on the mast). If the enemy ship has a Gunpowder Barrel, hijacking the ship will be much easier.

3. Give Some Early Shots Before Launching onto Enemy Ships 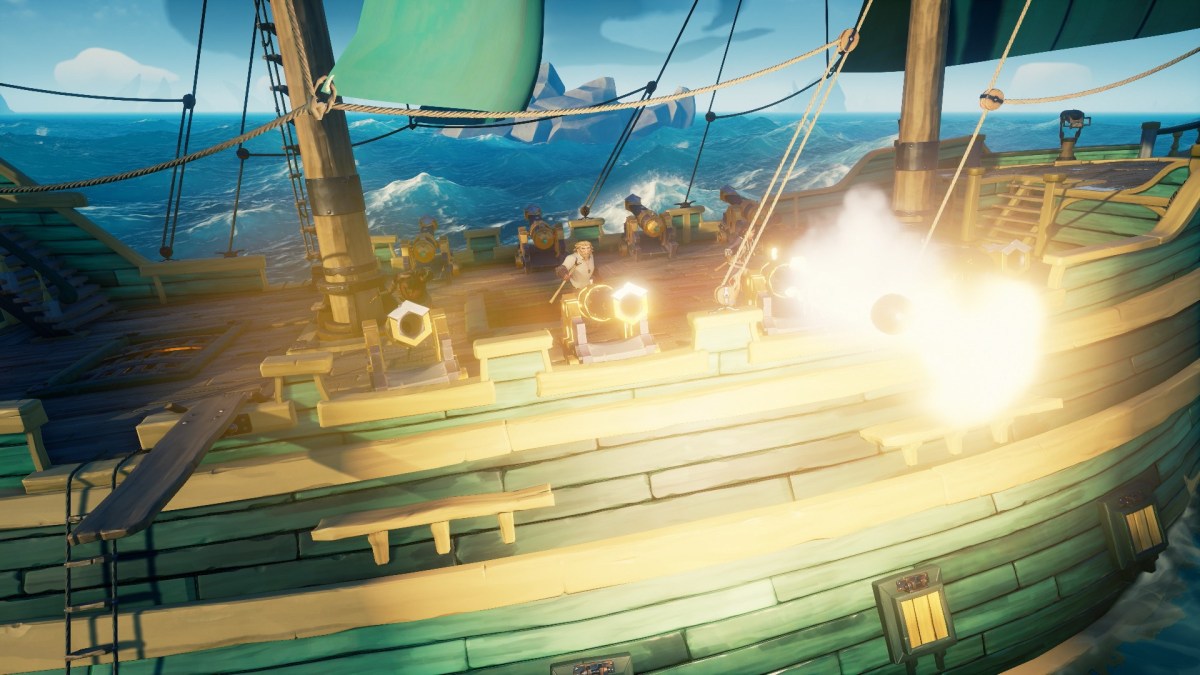 When ready to attack, give a few shots using canon ammunition to deal damage while calculating the distance if our character wants to slide there using a canon . If possible use Chainball ammo and fire it at the mast to keep enemy ships from moving more freely

After success, if the enemy ship is far away you can use the canon to fly directly to their place, but if it’s close you can jump right away or take advantage of the Sword Dash skill .

4. Lower the Anchor and Find a Shooting Position 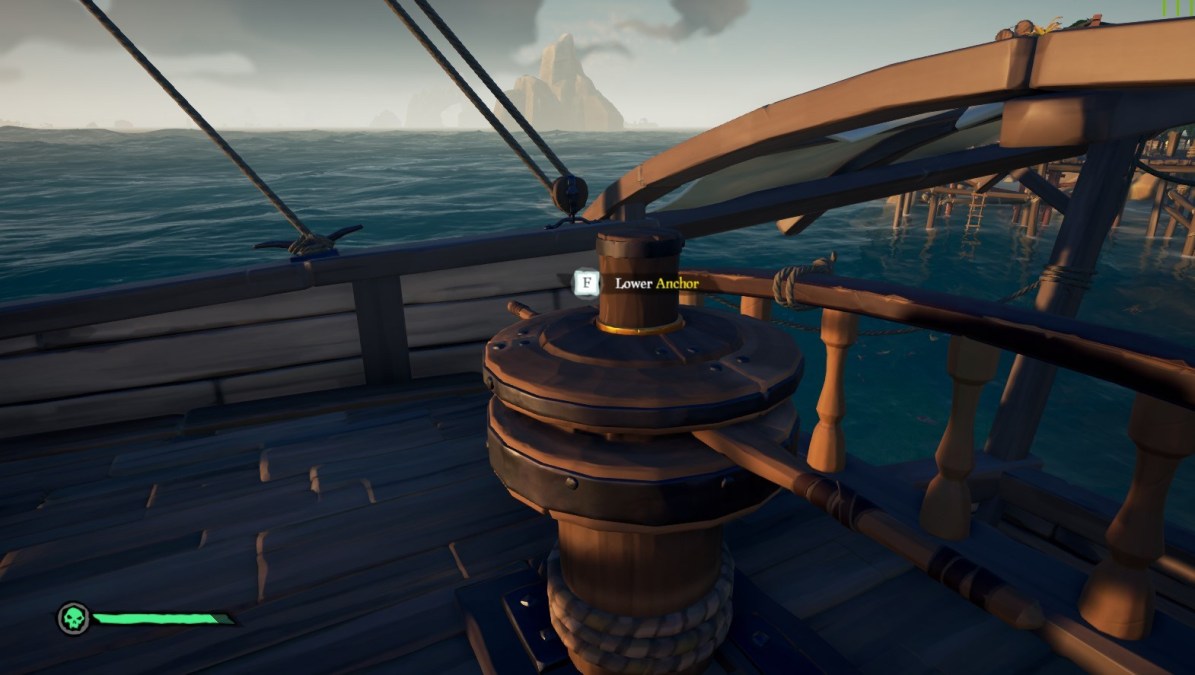 By stopping the ship, you can set a better angle of fire and avoid enemy positions to be able to return fire. You can also throw a Firebomb at the mast or rudder of the ship to create distraction . 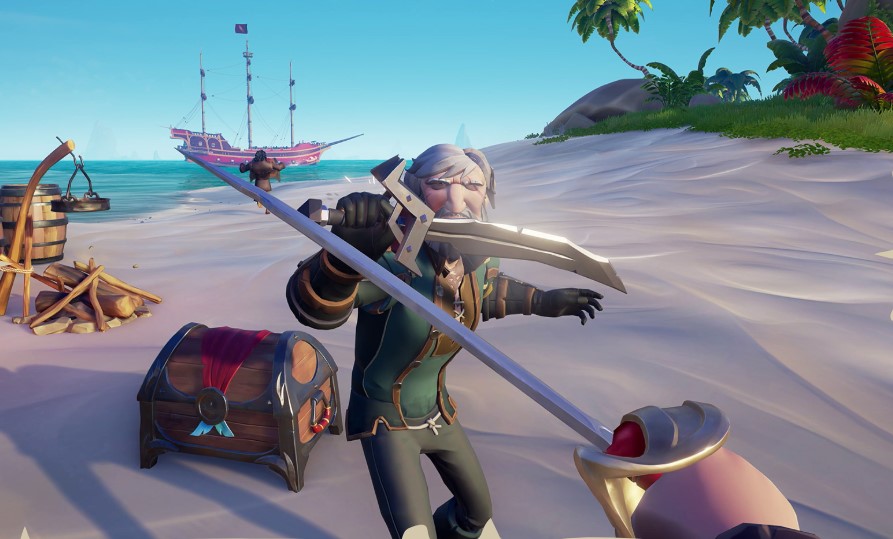 The key to successful hijacking and robbing of ships in Sea of Thieves is smart play or don’t be barbaric! If you see enemy players on the edge of the ship, you can drop them into the sea by taking advantage of the knockback effect of Blunderbomb.

In addition, you can also run to the deck or to the front of the enemy ship, to get a good attacking position. Most players will usually panic when someone gets on their ship and usually they will try to get close to us and immediately attack.

If the enemy attacks with your sword, you can parry them first for 3 attacks. Because, according to Gimbot’s experience after three sword strikes are successfully deflected, there will be an animation delay which gives us the opportunity to strike back.

If your HP is critical, feel free to jump overboard and start eating to replenish your HP. This position will benefit us if the enemy is provoked to jump into the sea.