Xbox Series X and Xbox Series S, the two highly anticipated consoles from the hands of the Microsoft team, finally come to light. The subject of the most curious in our country, the Xbox and Xbox Series S Series X-Turkey price tag, but in the end were the day this information came to light. It seems that we are faced with prices that are really hurtful, and we obviously have no clue what to do in this situation. We’ll just sit and watch it looks like the existence of the console. 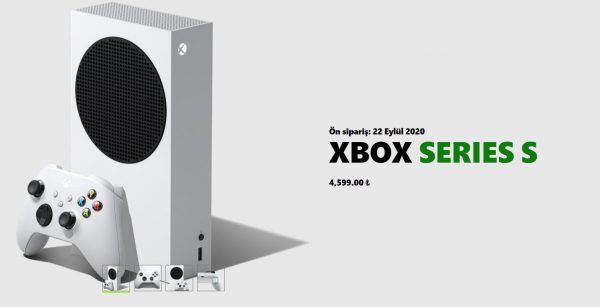 If you ask what do we get when we pay these price tags, it’s a game console. The Xbox Series S, which will meet the players with a more affordable price tag, has a performance value of 4TFLOPS and offers a 2K resolution experience. Xbox Series X, on the other hand, is a console with 12TFLOPS performance, 16GB GDDR6 memory, 560 GB / s bandwidth, 4K and 8K resolution.

Sure we love consoles and they offer great opportunities to play games, but these price tags really don’t appeal to the pocket. In the worst case, after purchasing the Xbox Series S, which is a 2K resolution supported console, you need to buy a 2K monitor or TV to be able to play with taste. We have passed this, and on top of that, it is necessary to buy games whose TL values ​​are really annoying. These expenses are seriously constant and there is always something new coming out. We feel like we will not be able to play games anytime soon, but we cannot know what time shows. We hope that everything will be fine and we can have our games that take away from the stress and nerves of daily life more comfortably.