At the last online conference, NVIDIA presented cards based on the Ampere architecture . In older versions, they will receive Micron GDDR6x memory and 89 tensor cores instead of 68 in the RTX 2080 Ti .
Not only that, according to NVIDIA, since Turing, it has doubled the performance of RT blocks, which means that compared to the RTX 2080 Ti, the speed of ray tracing in real time should increase by 161%. 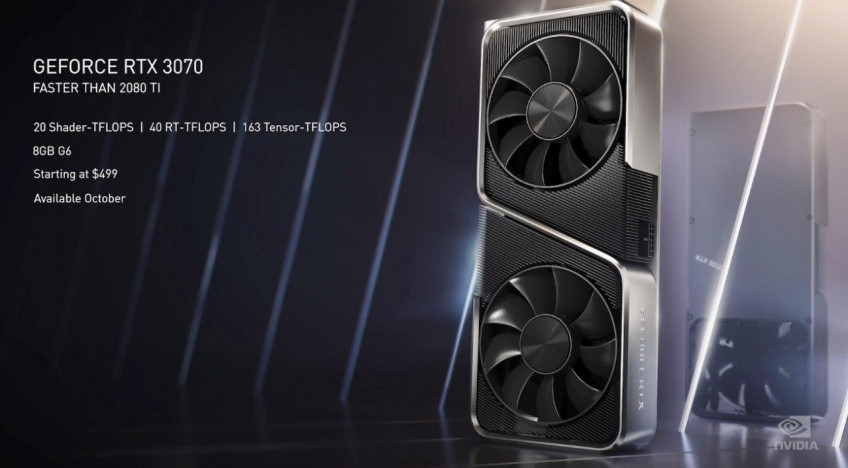 In addition, NVIDIA video cards will be able to load data into the video chip directly from the SSD, bypassing the central processor. One of the first games to use this is Cyberpunk 2077 . As Jen-Hsun Huang says, in the future, RTX IO will allow bypassing menu launch and save selection. That is, literally, he clicked on the shortcut and continued to play without intermediate tinsel.

RTX IO will be powered by a new API from Microsoft – DirectStorage . It will send still compressed data to the card, which will be revealed by the GPU itself. A similar scheme will be used in the Xbox Series X.
In addition to this, a new trailer for the upcoming CD Projekt RED project was shown , which was created on the basis of the GeForce RTX 30, using ray tracing and supersampling, at maximum 4K settings.

Unreal Engine will have dynamic resolution and DLSS at the same time
Gameplay trailer for nextgen version of NBA 2K21
To Top
We use cookies on our website to give you the most relevant experience by remembering your preferences and repeat visits. By clicking “Accept All”, you consent to the use of ALL the cookies. However, you may visit "Cookie Settings" to provide a controlled consent.
Cookie SettingsAccept All
Manage consent