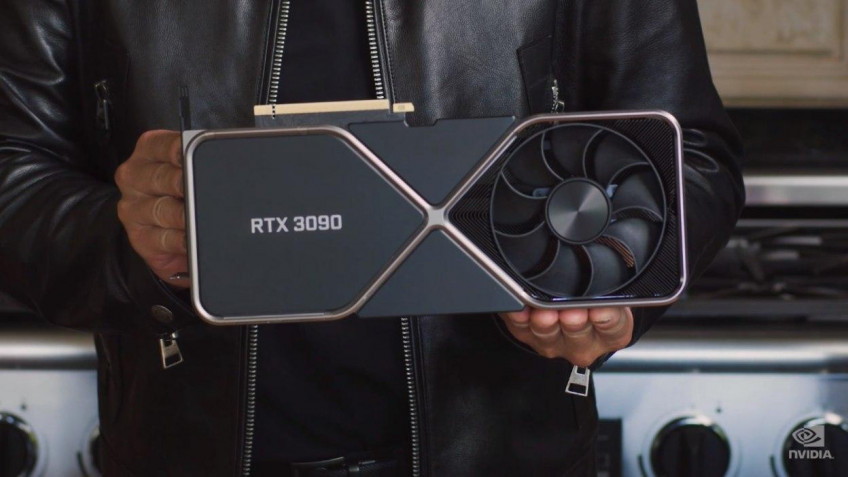 At the last presentation, NVIDIA showed new video cards based on the Ampere architecture .

Since Turing, the company says:

In total, three video cards were shown on Ampere: GeForce RTX 3090 , RTX 3080 and RTX 3070 . Unfortunately, NVIDIA did not provide exact technical specifications for new boards, limiting itself to vague data on memory operation and performance of RT-blocks.

The GeForce RTX 3090 will replace the TITAN RTX and retail for 136,990 rubles. The card, as expected, will receive 24GB GDDR6x from Micron at 19.5GHz . For comparison, the same volume on TITAN ran at 14 GHz. Taking into account the advantages of Ampere, with DLSS the novelty should pull 8K at 60 FPS. For this, by the way, it will receive a built-in AV1 codec. 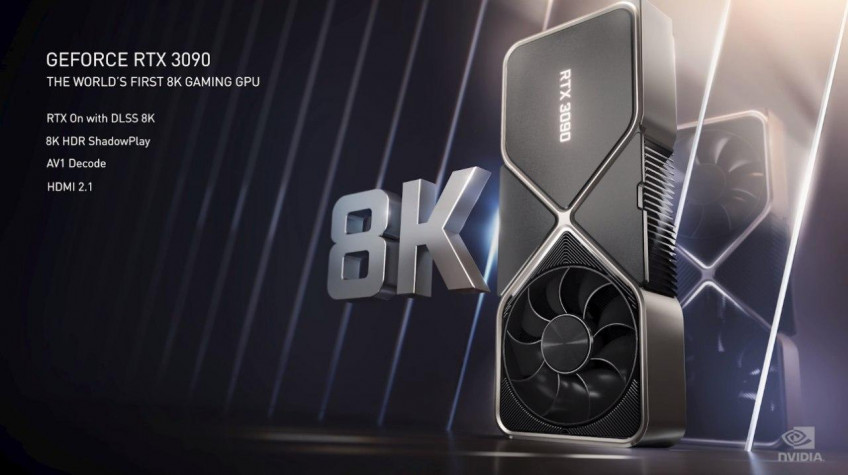 The RTX 3080 is announced by NVIDIA as the “gaming flagship”. The price tag for it will be much more modest – 63,490 rubles, which roughly corresponds to the RTX 2080 Super . At the same time, in terms of processor performance, it will lag behind 3090 by only 16%. But in terms of memory, it will be cut much more – only 10 GB GDDR6x at 19 GHz. In comparison with the previous generation, NVIDIA promises an almost two-fold advantage over the RTX 2080. On which of the parameters – the company does not report. 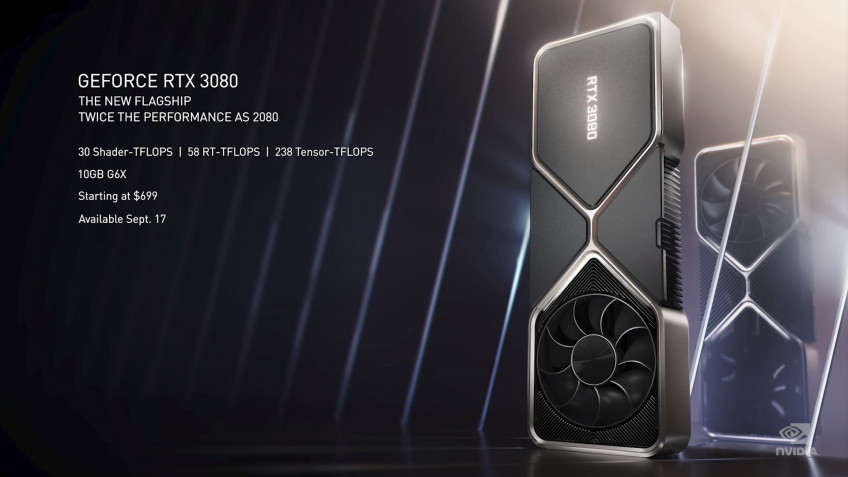 Finally, the RTX 3070 hits store shelves in October with a price tag of RUB 45,490. At the same time, new memory will not be given to the card – it will remain with 8 GB of GDDR6. As for the chip, the card will lag behind the 3080 by about 33%, which hints at possible intermediate versions. Compared to Turing, the board should be on par with the RTX 2080 Ti. But, again, without specifying which parameter. 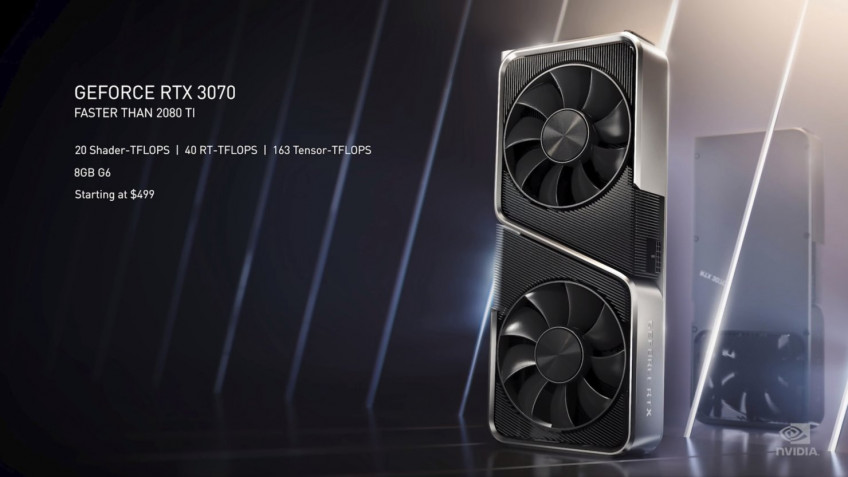 Note that the older motherboards received a very unusual cooling system. Its passive part is assembled from two separate radiators with four heat pipes. The unusual thing is that the coolers are blown by two turntables.
The front one stands as usual: it takes in air from the bottom and throws it out “in the old fashioned way” – through the grille of video outputs. But the second, driving air through the far radiator, throws it towards the central processor.

They will receive maps and fresh technologies. The most interesting of them is RTX IO – direct loading of data from an SSD bypassing the central processor. As Jen-Hsun Huang said, it will allow you to load games almost instantly bypassing the main menus and selecting the desired save.