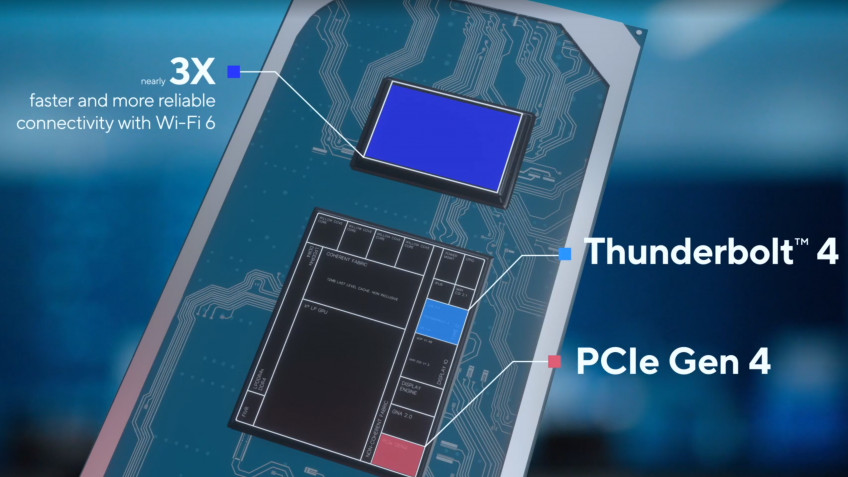 In a private broadcast, Intel unveiled a new generation of mobile processors – Core 11-th Gen , known as Tiger Lake .
Like NVIDIA yesterday, the company managed with rather vague technical definitions, but it did reveal a few interesting things. Like last year, the next generation will launch in Ultrabooks first.

All of them will receive Iris X graphics , which, judging by the tests of Intel itself, are about twice the performance of the NVIDIA MX350 and the integrated GPUs in the AMD Ryzen 4800U . The presentation showed a laptop running Gears Tactics at 60 fps. The settings, however, were not specified.

Like previous mobile processors, Tiger Lake is manufactured using a 10nm process technology. Over the year Intel has improved it, reduced leakage currents and required voltage, and also raised frequencies. As for performance, according to Intel, the Core i7 will bypass the same AMD Ryzen 4800U in work tasks at least twice.